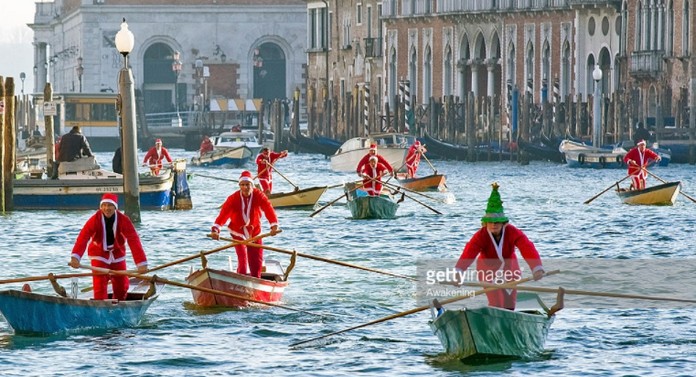 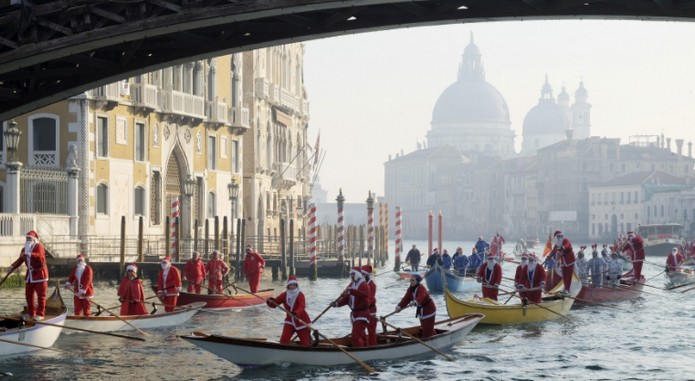 The 8th edition of the race set off from Saint Mark’s Square, with champions and amateurs competing in traditional “mascarete” boats – once the domain of fishermen. Since it began in 2009, the regatta has been held in the run-up to Christmas. 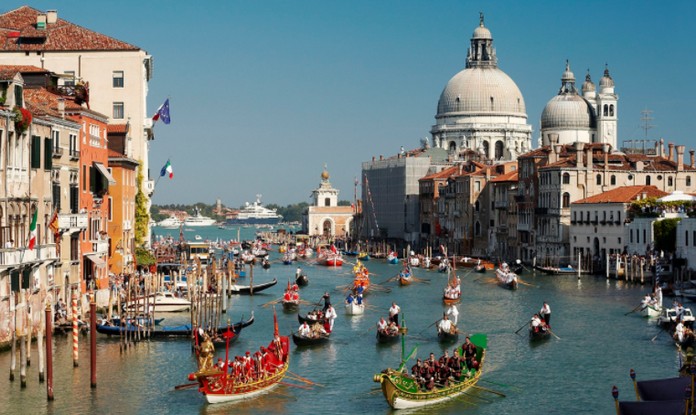 Those feeling particularly sporty — or keen on losing Santa-sized stomachs — can take part afterwards in a race through the Italian city’s allies and squares. 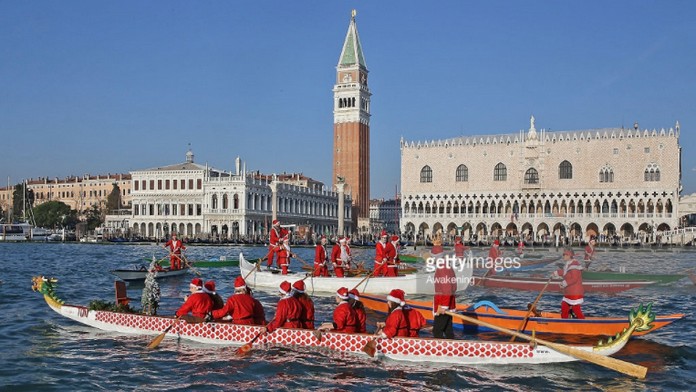 Top 8 Things you Must Do in Italy