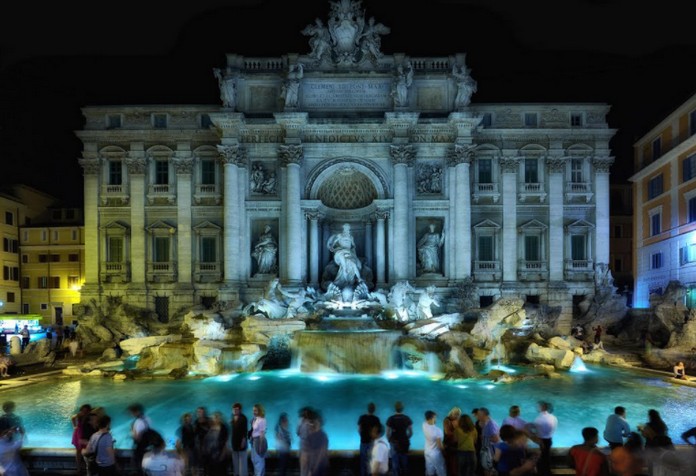 The Trevi Fountain (Italian: Fontana di Trevi) is a fountain in the Trevi district in Rome, Italy, designed by Italian architect Nicola Salvi and completed by Pietro Bracci. 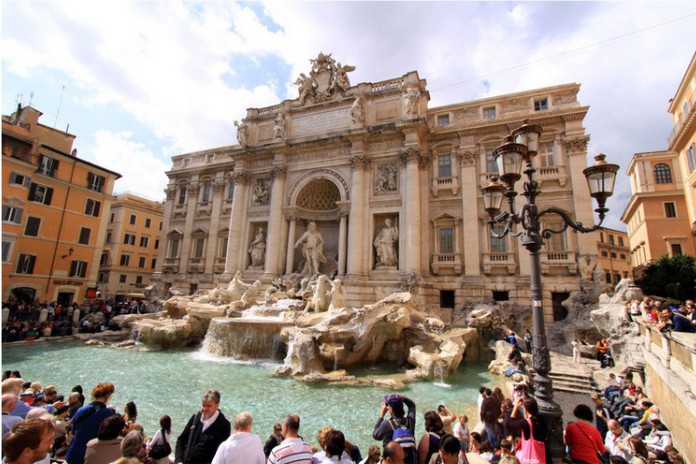 Standing 26.3 metres (86 ft) high and 49.15 metres (161.3 ft) wide, it is the largest Baroque fountain in Rome city and one of the most famous fountains in the world. Here are 9 things you propably don’t know about this wonderful fountain.
PrevNext

1. Trevi Fountain is one of the oldest water sources in Rome

It dates back to ancient Roman time and it used to provide water to the Roman baths. The fountain was built at the end point of three roads (tre vie) give the Trevi Fountain its name.

2. Salvi was not the original architect

Nicola Salvi won the contest to design the fountain,but it is said that he may not have been the first choice and that Alessandro Galilei was the original winner.

3. You can thank gambling for the fountain’s existence

Pope approved the idea of Salvi and he basically played a lotto game to pay for the fountain and the money earned from the the lotto game in Rome financed the Trevi Fountain.

4. It’s made from the same material as the Colosseum

It was made from travertine stone and during its construction many men were injured and a few died because of the huge stones.

The wonderful fountain spills about 2,824,800 cubic feet of water every day and of course the water is recycled.

6. The fountain is charitable

Every day €3,000 is thrown into the fountain. Those coins are collected every night and given to an Italian charity called Caritas and they spend it to give rechargeable cards to Rome’s needy to help them what they need for a living.

7. It’s a crime to steal the coins from the Trevi

It is illegal to stole the coins from the fountain. The most known thieve however, was famous by his nickname, d’Artagnan and he used to steal the coins for 34 years before he got caught in the summer of 2002.

8. The white stone fountain has been black and red

In 1996 the fountain was turned off and draped in black crepe for the death of the actor Marcello Mastroianni and In 2007 a vandal dumped a liquid substance turning the water and the fountain red.

Italian Mayor Offers €2000 to anyone willing to Live in his...