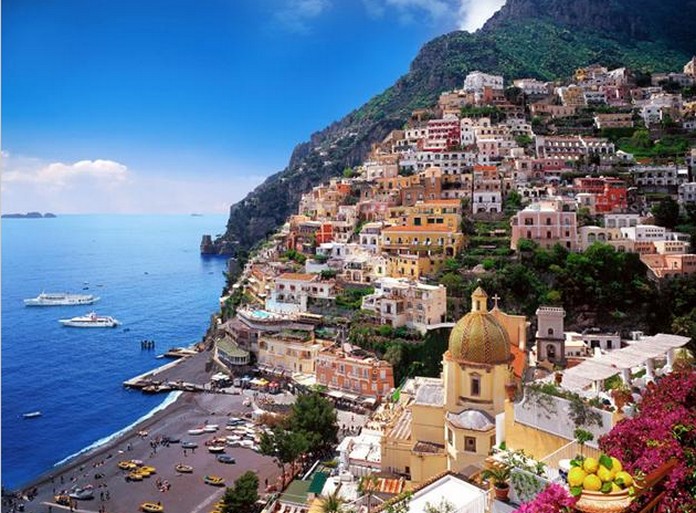 The Amalfi Coast is what Italian summer dreams are made of.

Many have tried to capture its beguiling beauty in literature, film and on millions of Instagram accounts around the World. 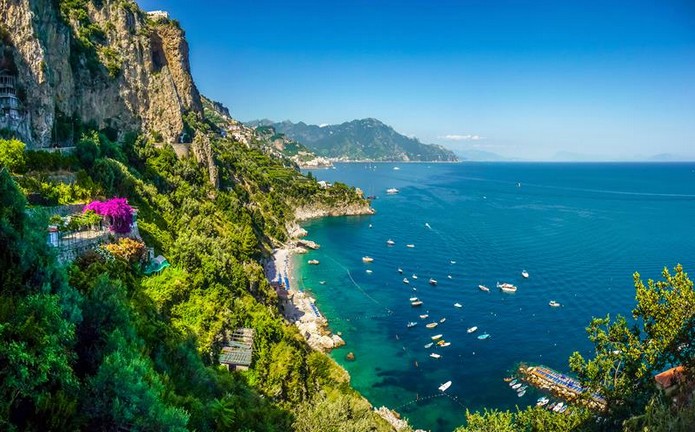 La Costiera Amalfitana (Amalfi Coast) is made up of 13 villages, ,dripping with flowers and lemon groves, magically suspended between the shimmering sea and green-swathed mountains on the southern coast of the Sorrentine Peninsula, south of Naples. 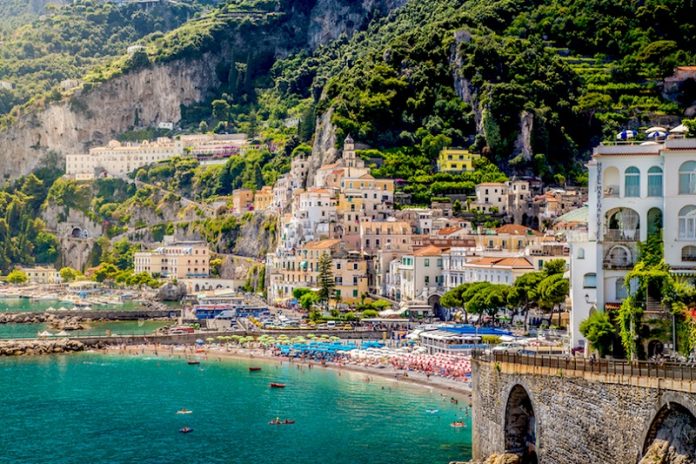 he coast stretches 43 miles (70 km) from Punta Campanella to Salerno, and includes the picturesque towns of Positano, Amalfi and Ravello. 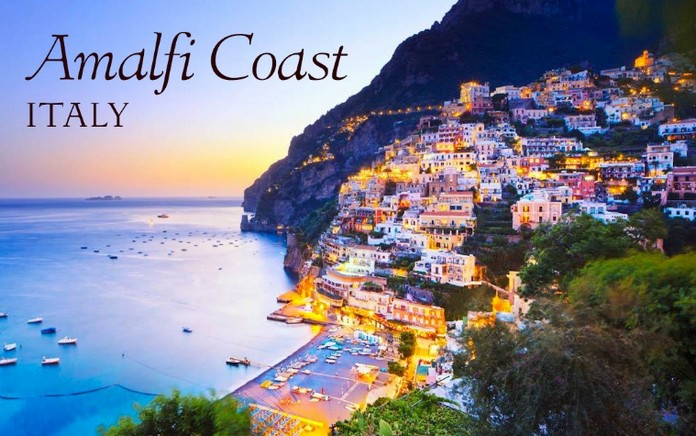 Many treasures lay hidden within this celebrated coastline, among them, the town of Vietri sul Mare, where world-famous colored ceramics and tiles are produced. This favourite haunt of the rich and famous, honeymooners, and tourists alike, was awarded a coveted spot on the UNESCO World Heritage list in 1997. The best way to take in the splendour of the Amalfi Coast is at sea.

Sardinia – The Bluest waters in the World