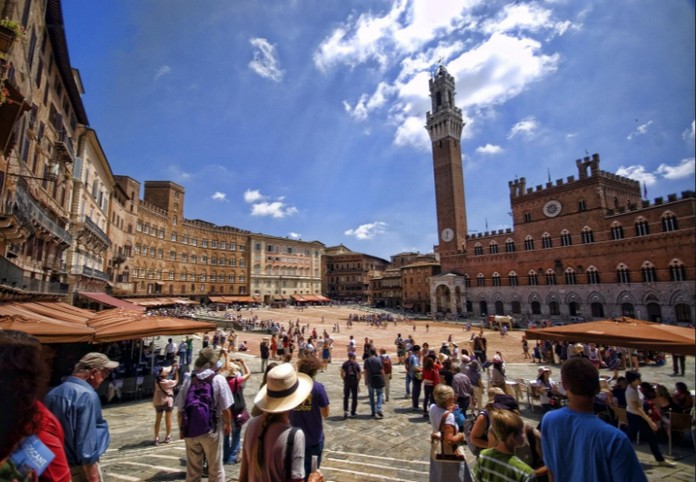 Siena, a city in central Italy’s Tuscany region, is distinguished by its medieval brick buildings. The City located in the north of Italy some 70 km (43 miles) south of Florence (Firenze). 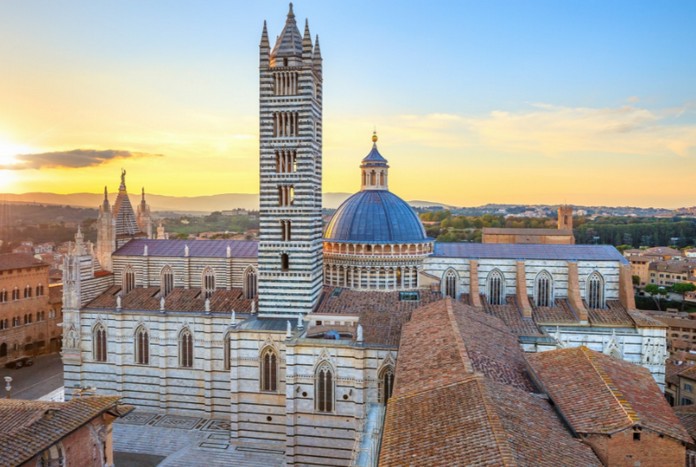 Siena is famous for its cuisine, art, museums, medieval cityscape and the Palio, a horse race held twice a year. The historic centre has been declared by UNESCO a World Heritage Site Siena is one of the most charming cities in Tuscany, Italy and a World Heritage Site. Let’s discover the most amazing attractions to visit!…
PrevNext

The Duomo di Siena is the main cathedral, dedicated to the Assumption of Mary, and one of the most beautiful buildings of the City. It is located in the centre of Siena and it was built during the 13th century!

The Museo Civico is the most famous museum of Siena.

It is located in the Palazzo Pubblico and includes an amazing collection of medieval and Renaissance art, paintings, frescoes and artefacts!

The Pinacoteca Nazionale is the most important art gallery of the city.

It is located in the 14th-century Palazzo Buonsignori and includes a wonderful collection of famous Sienese paintings from the 14th and 15th century!

The Piazza del Campo is the main square located in the centre of Siena.

It is considered as one of the best medieval squares in Europe. It covers a large area and it is surrounded by many great buildings, like the Palazzo Pubblico!

Santa Maria della Scala is the name of a former medieval hospital located near the Piazza del Duomo. Today it houses a great museum that includes a wonderful collection of 15th century frescoes!

The Museo dell’ Opera del Duomo is a very important art museum in Siena. It includes wonderful artworks and architectural fragments that used to be parts of the Cathedral of Siena!

The Basilica di San Domenico is a marvelous church located in the square of the same name in Siena. It was originally built during the 13th century and has been destroyed and rebuilt several times since then!

The Casa Santuario di Santa Caterina is the most important Christian site of the city. It used to be the residence of Santa Caterina and it is located near the church of San Domenico!

4 Italian Cities To Beat The Crowds: The Umbria Region