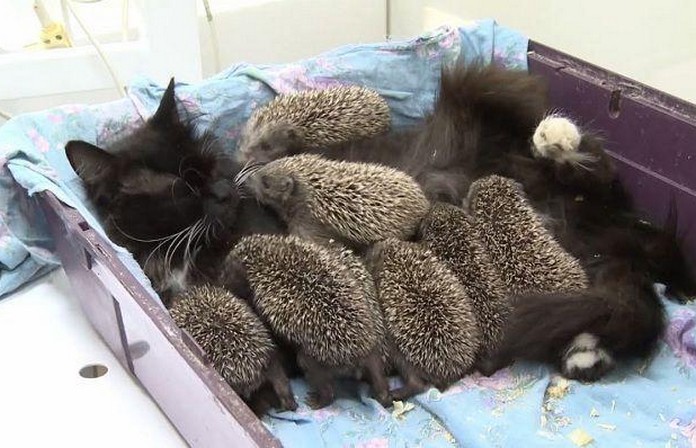 Eight orphaned hedgehogs have survived against the odds at a zoo in the Russian city of Vladivostok, after a kindly cat became their surrogate mom. 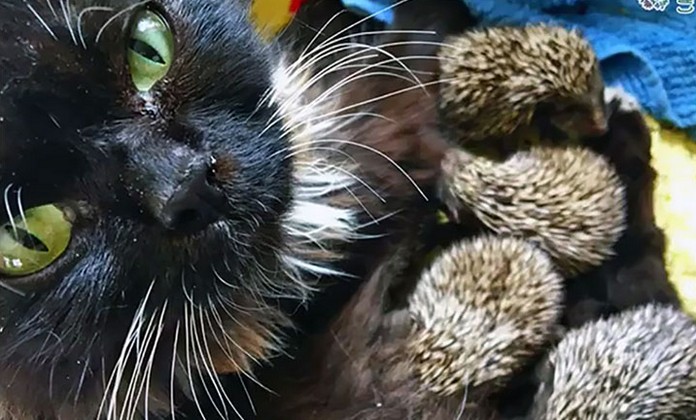 The cat adopted the spiky brood after their mother died in a lawn-mowing accident. The tiny hoglets, as they are known, had refused milk from a syringe, a bottle, and a saucer for two days, according to Sadgorod Zoo. 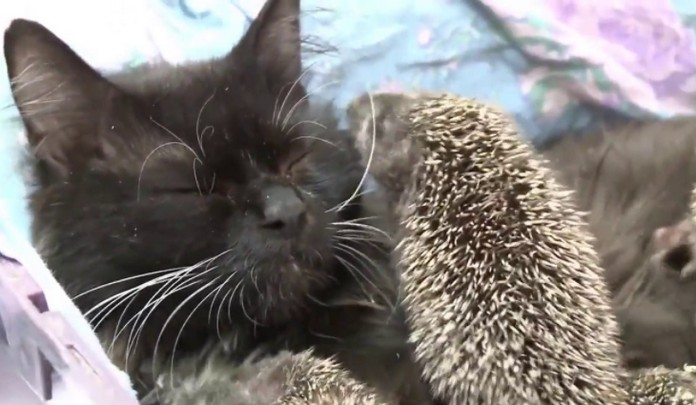 The Cat had recently raised a litter of foster kittens, she had milk to offer – so the zoo decided to try the unusual pairing.

The orphans reacted to her bodily warm & the smell of milk & soon began to nurse. The good-natured cat proceeded to feed the hedgehogs for more than a week and comfort them at night.

Alberobello: The Magical Town Of Italy