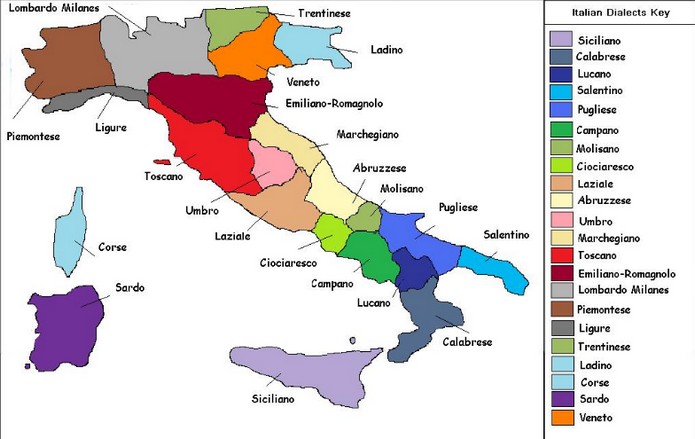 First of all, we should mention that the official language of the country is Italian. Apart from that fact, though, there are also found other languages spoken; Romance, Germanic, Slavic languages even Greek and Albanian. 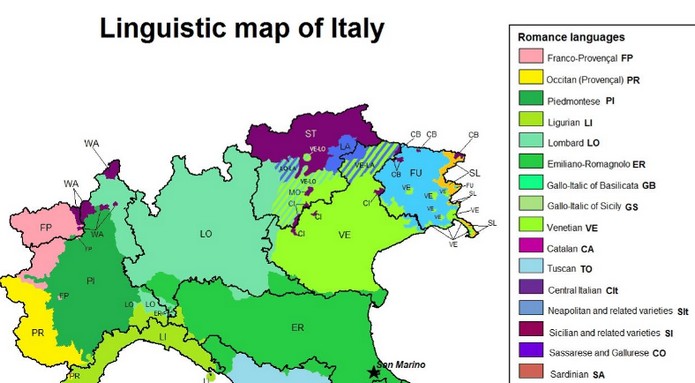 All these diverse language elements combined together make the language chart of the official Italian state. We should also not forget about its dialects. In the Italian language there are many dialects that do not differ that much from another. If we go back and see the true origins of the official Italian language spoken nowadays, we will see that the Italian dialect that “won” the battle was from Tuscan…
PrevNext

Tuscan was the region of the literature, poetry and art, where many great writers began their work. Dante, Petrarca and Boccaccio are few of the most typical examples, who lived in the thirteenth century.

The Tuscan dialect was developed and later evolved into the current Italian language. The problem was that the Italian language was spoken only by a small minority of the population at the time of the political unification of the Kingdom of Italy in 1861.

Decisive contribution to the official Italian language can be considered the fact that it spread through compulsory education and television. The other Italian dialects began to faint causing linguistic erosion. The rapid and wide development of the technology and the era of television reduced significally the use of regional languages.

Nowadays, many of these dialects are considered critically endangered, mainly because of advancing Italian, even in the purely social and relational. According to the most recent statistics -The Italian language, dialects and languages, Istat, 2012- 84.8% of Italians speak exclusively the official “dialect of Tuscan”, while 10.7% uses the official language but adding local phrases or idioms.

The population that still uses only its own regional dialect is estimated to be 1.7%. This fact reveals once again the huge language development that took place in the recent years. We would like to thank Wikipedia.it for useful information supplied!