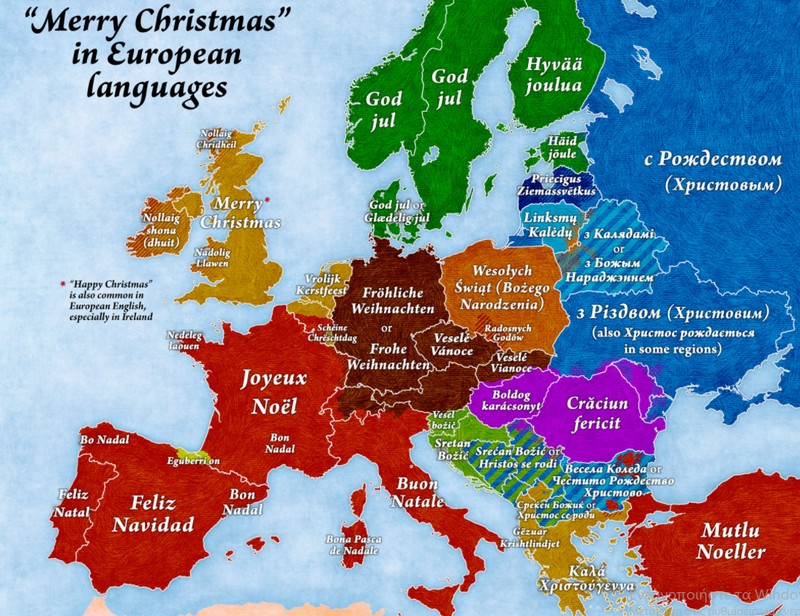 A popular map showing how to wish people a “Merry Christmas” in French, German, Spanish, Italian, Greek and many other European languages. 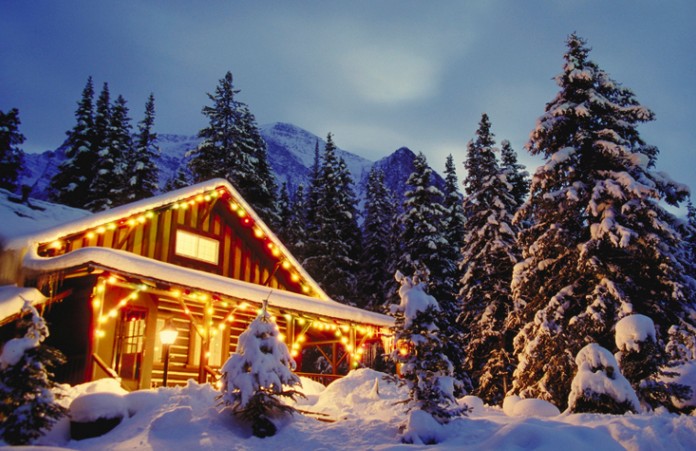 The Irish, Welsh and Scottish Gaelic words are all borrowed from Romance languages and are related to French Noël. The same holds true for the Turkish expression, which is directly borrowed from French. 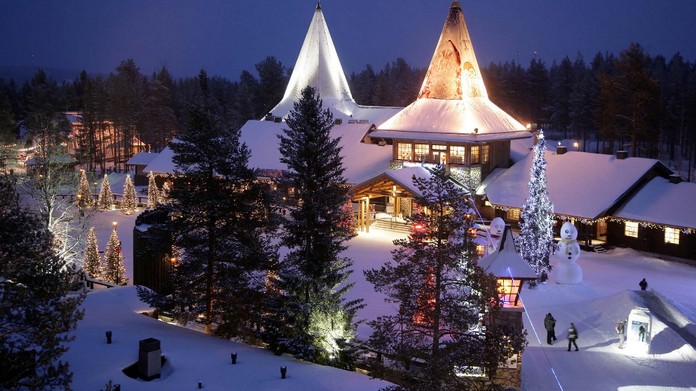 Something quite unusual happens in Czech and Slovak. The word Vánoce resp. Vianoce is derived from German Weihnachten by retaining the “Weih” part (which comes from an old Germanic expression meaning “holy”) and replacing nachten (“nights”) by the Czech/Slovak translation, “noce”.

Top 7 Things to Do in Venice, Italy