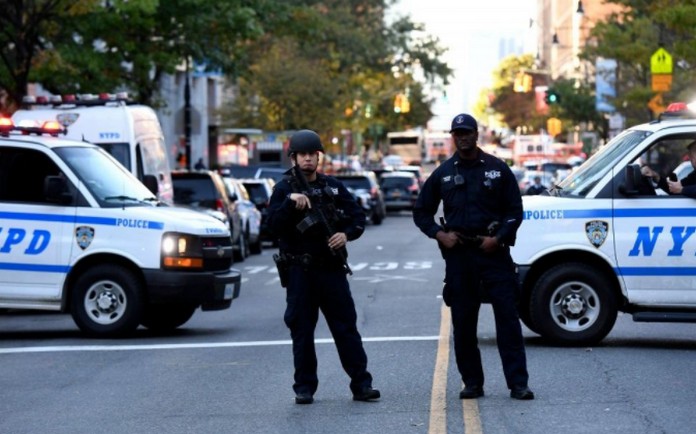 Police and witnesses say a man deliberately drove a rented truck onto a busy bicycle path near the World Trade Center in lower Manhattan,

killing eight people and injuring at least 12 others, then emerged from the vehicle screaming and brandishing imitation firearms before being shot by police. 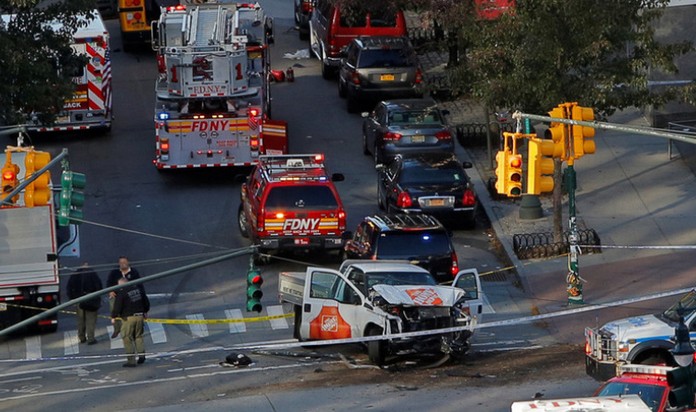 What happened: A truck drove on the West Side Highway bike path, near the World Trade Center, for several blocks, striking people. Eight people are dead, at least 11 others injured. 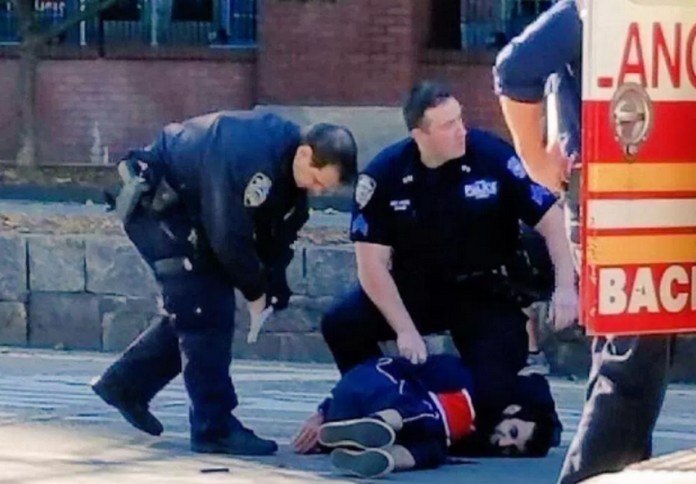 The suspect: The 29-year-old suspect was identified by two law enforcement sources familiar with the investigation as Sayfullo Habibullaevic Saipov. 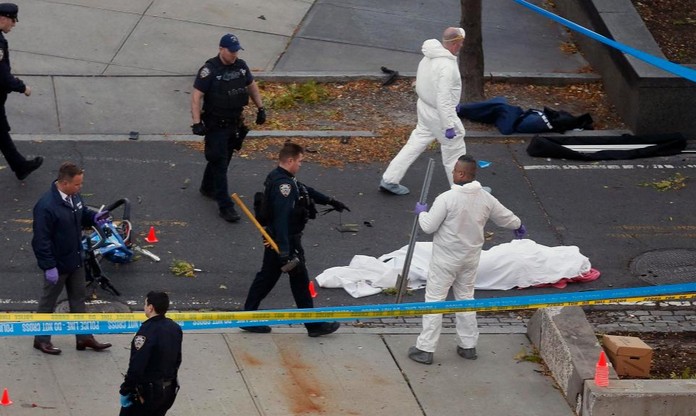 The vehicle entered the pedestrian/bike path at Houston St. a few blocks north of Chambers Street on Manhattan’s west side. The truck drove down the bike path for about four blocks, striking cyclists and pedestrians before veering back into traffic lanes and striking a school bus and another vehicle.