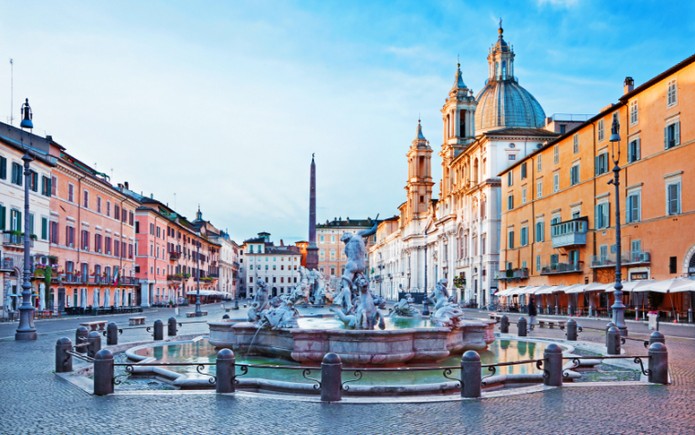 Piazza Navona, born from the ashes of the ancient stadium of Domitian, is among the most beautiful and important squares of Rome City in Italy. 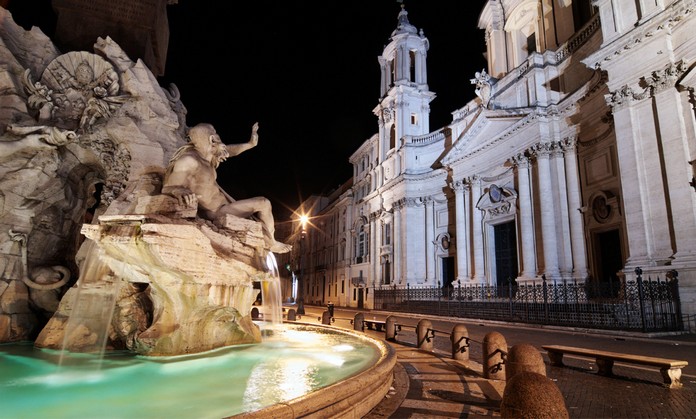 Great meeting place, the square is always heaving with street artists, painters, tourists but also the Romans themselves. Despite the wide impact of tourism, many come here to sit on benches, to eat a gelato or merely to have a chat in the bars and pubs that make the square come to life. Piazza Navona can, in fact, be considered the most loved square by Romans. 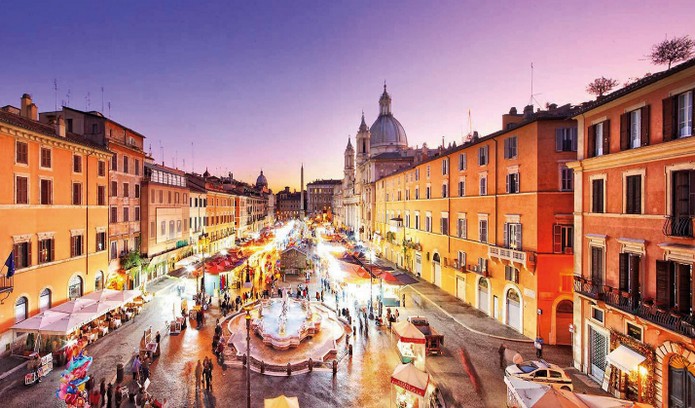 Piazza Navona, with its fountains, its buildings and the wonderful Church of Sant’Agnese in Agone represents the true la vera quintessence of the Roman Baroque. 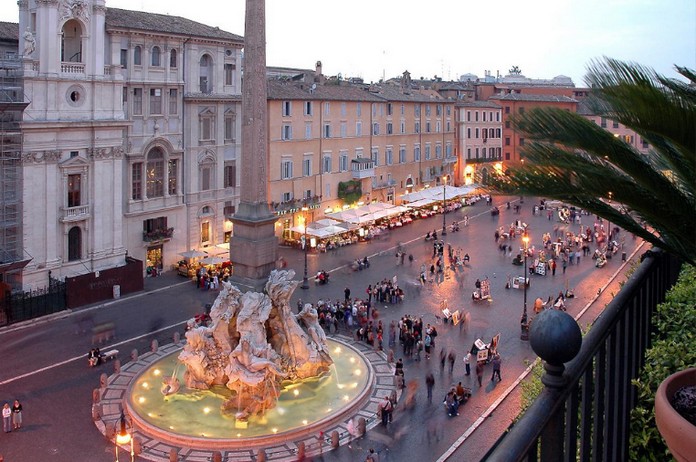 Its characteristic elliptical shape retraces the old perimeter of the stadium below, built by emperor Domitian in 86 d.C. for the Greek Athletic Games, the so-called agones, from which comes the name of the square. A fake metropolitan legend has it that the concave square was used as a theatre for naval battles, while actually truth is that the square was flooded in summer with the water coming from the fountains to fight the intense heat.