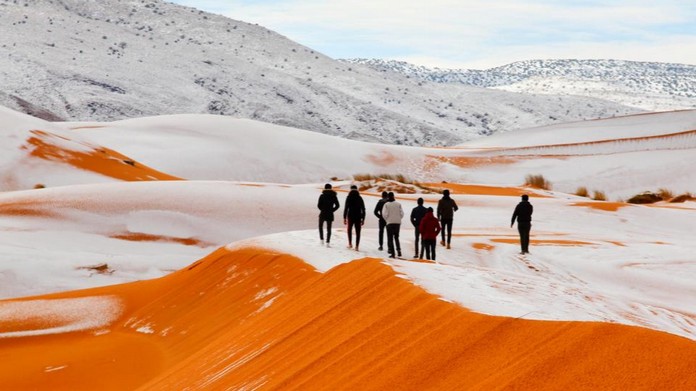 (CNN)It’s quite a time for weird weather, and it doesn’t get much weirder than snow falling in one of the hottest places in the world. 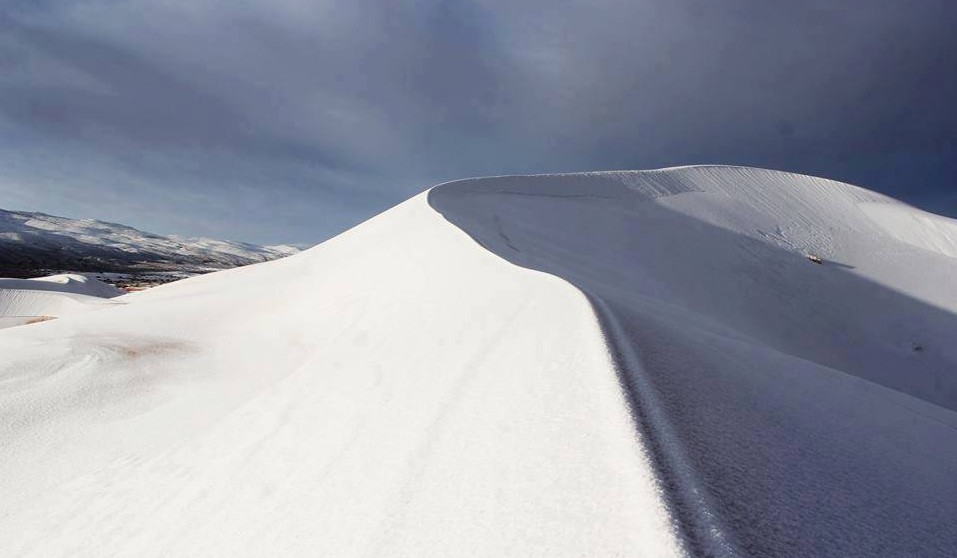 Ain Sefra, a desert town in Algeria known as the “Gateway to the Sahara,” experienced a substantial amount of snow for reportedly 3rd time in 40 years. Some reports say that parts of the area got nearly 15 inches of snow, but Ain Sefra officially reported less than just one inch. 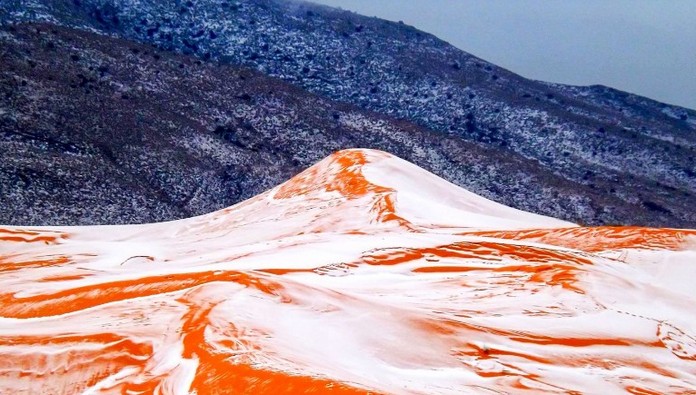 It was enough to provide some otherworldly visuals from an area that routinely sees some of the hottest temperatures on earth during the summer.
Now, it’s not uncommon for the temperature across even the hottest of deserts to plunge tens of degrees Farenheit at night, ..meaning any unusual snow could stick around for a while. But photographers at the scene said the snow actually stayed intact for a good portion of the day.

While snow is historically scant in the desert area, a similar snow happened just last year. Before that, it had been 37 years since last snowfall.

A Video roadtrip of PUGLIA, ITALY