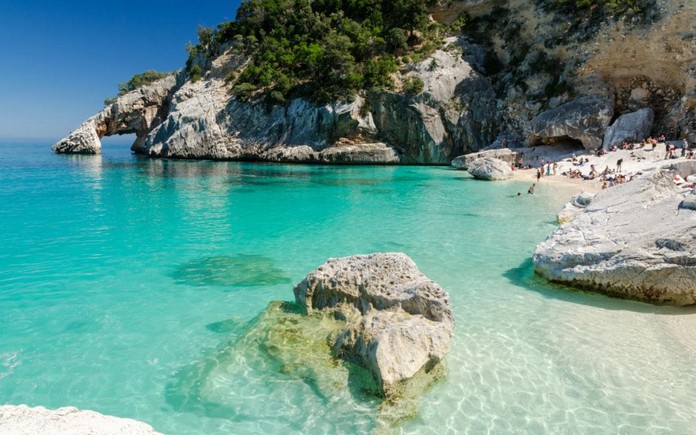 Sardinia is a large Italian island in the Mediterranean Sea. It has nearly 2,000 km of coastline, sandy beaches and a mountainous interior crossed with hiking trails. 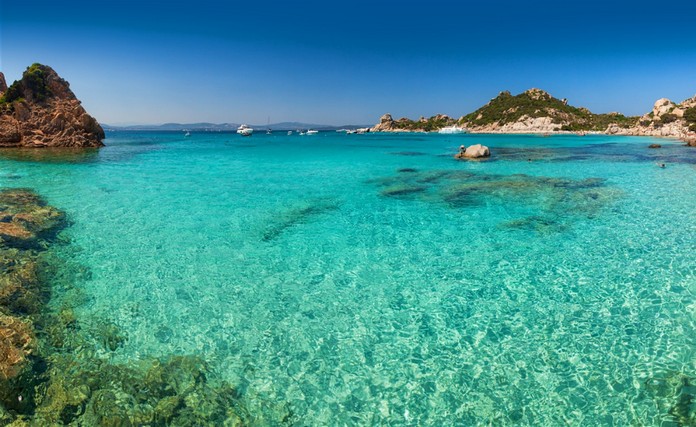 Its rugged landscape is dotted with thousands of nuraghi – mysterious Bronze Age stone ruins shaped like beehives. Sardinia is located in the Western Mediterranean, just south of the French island of Corsica If you cannot afford an exotic trip to the Caribbean, the island of Sardinia is just as beautiful! Let’s explore its top 5 beaches…!
PrevNext

Cala Goloritze is considered as the most beautiful beach of the island. it is located in the town of Baunei, southern part of the Gulf of Orosei. It is quiet, covered in white peebles and sand and has amazing emerald waters!

The Spiaggia della Pelosa is an exotic beach located on the northwestern coast of the island. It is generally quiet, except for the high season in July and August. It is covered in fine sand, has shallow waters and faces Isola Piana with the lovely small tower!

The Spiaggia di Piscinas is a dreamy beach and a place of unique natural beauty. It is located on the western coast of the island, near the “Sardinia’s desert”. It is quiet, covered in golden sand and has turquoise waters!

Poetto is the most beautiful beach of Cagliari, the capital of the island. It is located on the eastern coast of the city and covers a quite large area. It is covered in fine white sand and has amazing emerald waters. It is fully organised and offers many water sports!

The Spiaggia di Cala Luna is an exotic beach located in Cala Gonone, Gulf of Orosei. It is considered as one of the best snorkeling beaches of Sardinia. It is large, covered in golden sand and has turquoise waters!

To 10 National Parks to See in the USA