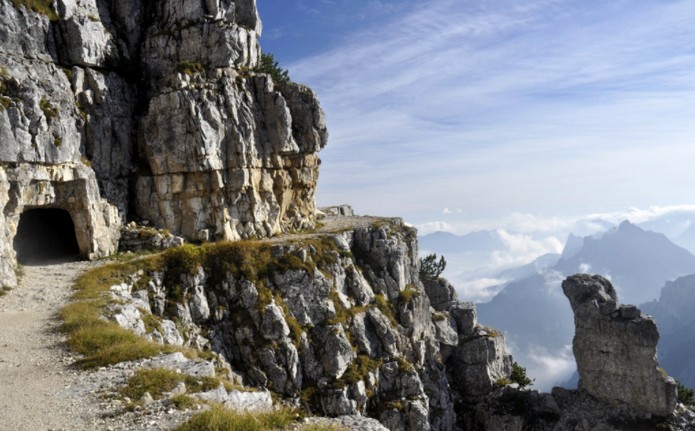 The Road of 52 Tunnels is considered a historical monument with a great significance.

The construction of this great work had begun during the war in the winter of 1917. 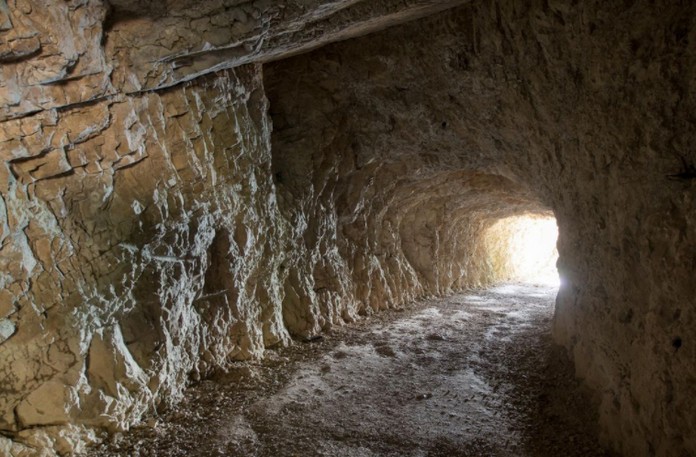 According to information of many historical sources, the war had begun while the men of the 33rd Company of the Italian Army were tasked with the construction of the road. The road was located on Veneto’s Mount Pasubio and was meant to secure the ridges of the mountain front, which was still dangerously exposed to the enemy’s fire. 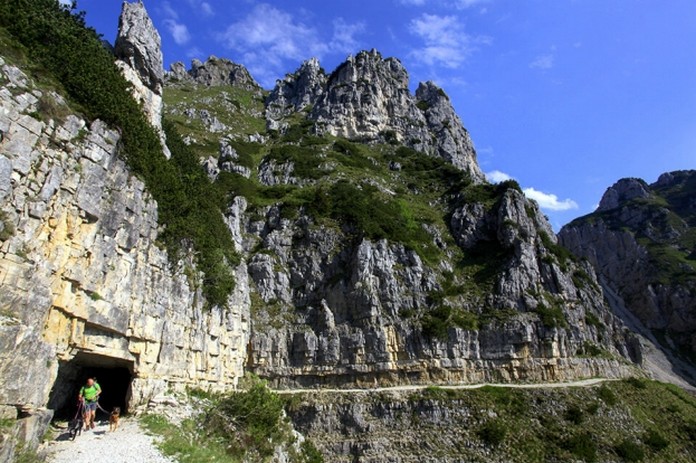 The funny thing is that at the very beginning there was not any actual work plan. The reason for this “problem” was the difficulty to draw one.

All these detailed information was collected from memos and discussions of the participants of this big endeavor. One of them was Ugo Cassina, who also took part in the road construction.In spite of the difficulties, which the soldiers had to face, the work was accomplished only in a few months.

It was called the Strada delle 52 Gallerie, which in English can be translated “Road of 52 Tunnels”.The carved path had 52 galleries located into the mountain providing a safe place to the soldiers in 1917.

In 2017, this path is just a memory of the tragedy of the war giving us the chance to explore the Italian road with another spectrum. This historical path is now an attraction and considered a magnificent ‘hiking trail’ though the mountain.