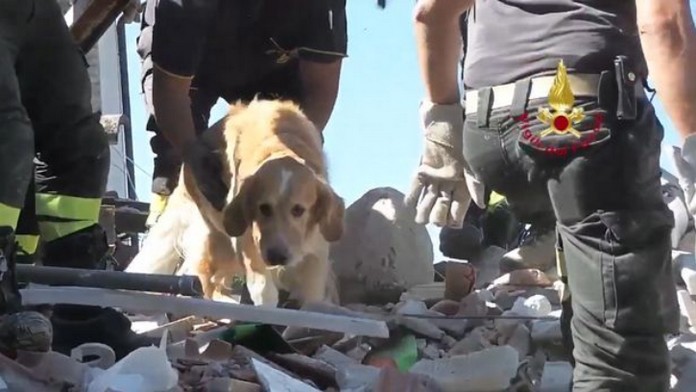 A dog has been rescued after being trapped in piles of rubble for nine days, following an earthquake that rocked the central regions of Italy. 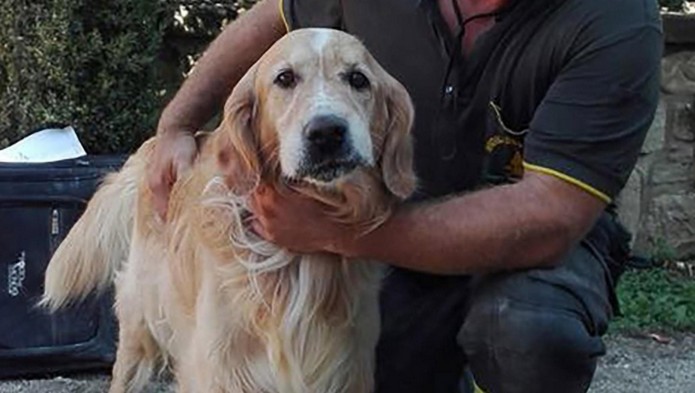 The golden retriever, named Romeo, was freed by firefighters, ..after they heard the dog bark among the ruins of Villa San Lorenza just outside Amatrice, one of the towns most effected by the 6.2 magnitude quake. 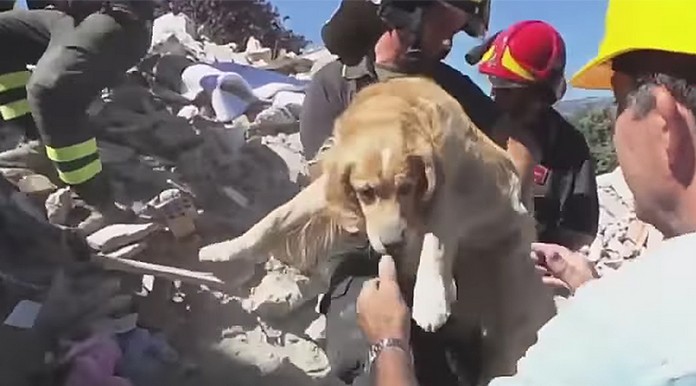 Firefighters were with the dog’s owners, who had returned to their home to retrieve some of their belongings, the Associated Press reported.The short clip captured the heartwarming moment the pet was reunited with its owner, incredibly, Romeo appeared in good health.