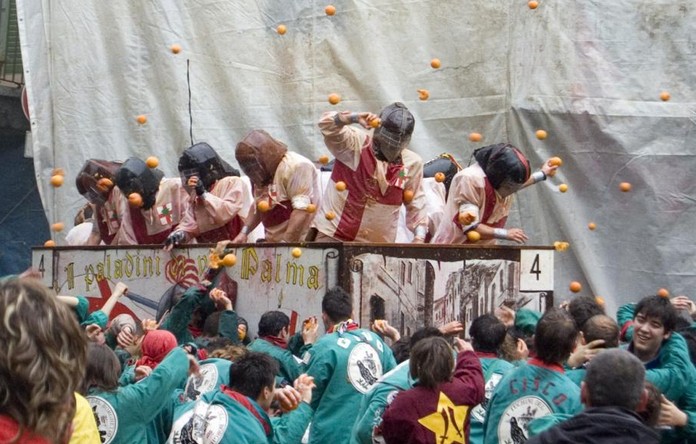 The Battle of the Oranges is a festival in the Italian city of Ivrea, which includes a tradition of throwing of oranges between organized groups. 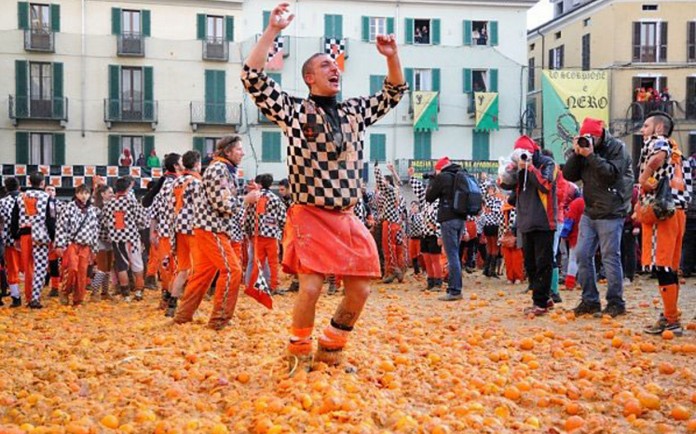 It is the largest food fight in Italy! It’s origins are both mysterious and rather illogical – but the legend goes that oranges were thrown to celebrate the decapitation of a rapist, who tried to force himself onto a newly married woman. 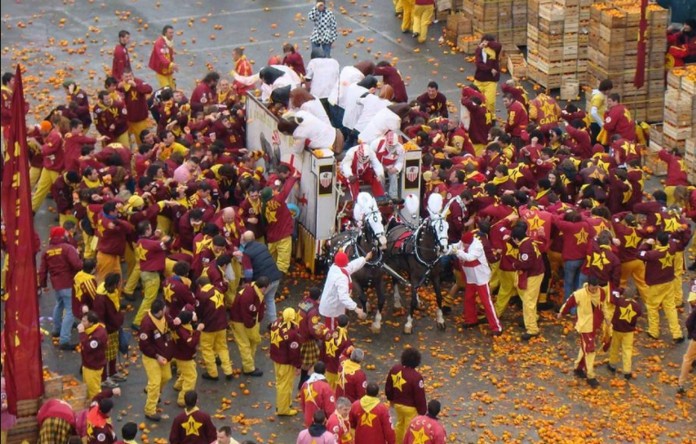 In modern times, teams compete in the festival, indeed there are often intense rivals at play. If you want to throw oranges you have to enlist in one of the local teams. 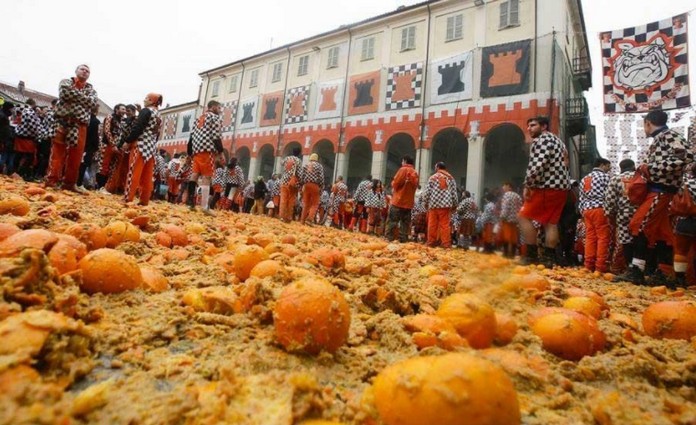 Tourists / spectators are not allowed to throw oranges at anyone and if they are wearing a red hat, are promised not be harmed. You can imagine the number of tourists that forget this minor detail can’t you…

The amazing Italian Road with the 52 Tunnels