Italians are well-known for their incredible and chic style. They are always in fashion without making any huge effort.The truth is that Italy is one of the countries that are usually on the top of lists both for fashion and product production! 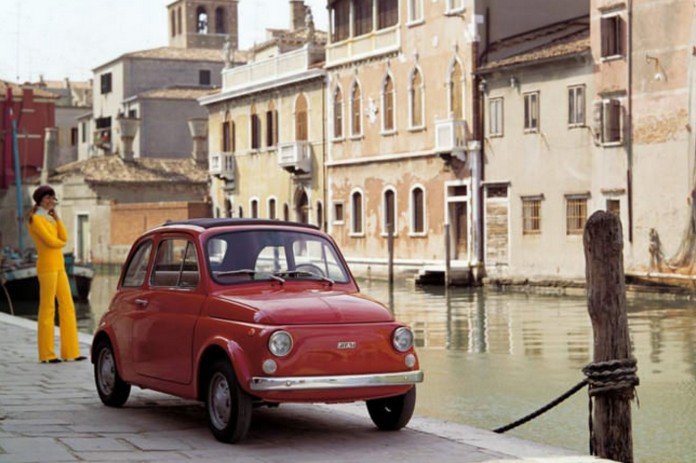 he Italian achievements in the automobile industry is widely well-known, as many famous car have starred in several Hollywood movies.

This list will give you the chance to find out the classic automobile models that you should definitely know!
PrevNext

The original Fiat 500 may lack in power, as its engine is not so powerful, but it has incredible looks making it one of the most beautiful Italian cars.

This car was built for racing and has already won a large number of competitions including the prestigious Carrera Panamericana in 1951!

Maserati is an automobile industry that is widely known for its expensive cars. This model is styled by legendary designer, Pininfarina, and is one of the best-looking Maserati cars.

About the 250 GTO not much has been said. However, it is a classic model and it is considered one of the most expensive cars in the world.

The Miura is a model Lamborghini and it was thought to be one of the world’s first supercars. This model put the car industry of Lamborghini firmly on the map!

Alfa Romeo is a beloved car industry among many Italians. The 33 Stradale is considered sexy having a 2.0-litre V8.

This particular model of Ferrari is legendary, as it combines perfect proportions, simple racing livery and functional design!

The Lamborghini’s Countach is nothing less than an iconic car. It has a futuristic design, which was quite a statement back in the early ‘70s.

The Ferrari classics are many and that is why we should not forget the 275 GTB/4 Coupe. This model is a real wondrous machine.