1The Greek theatre in Taormina

Taormina is one of the most famous resorts of Sicily thanks to its charming seaside location, its breathtaking landscapes, and its rich historic heritage. This cultural and magical place is a must on your bucket list. 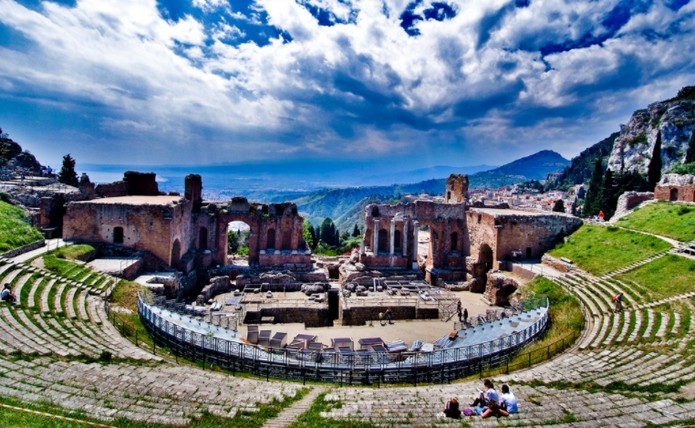 The theater was built the second century AD and Roman transformed the scene and the orchestra in an arena where took place the fight between gladiators and hunting shows. Click the next ARROW to see the next image!
BackNext