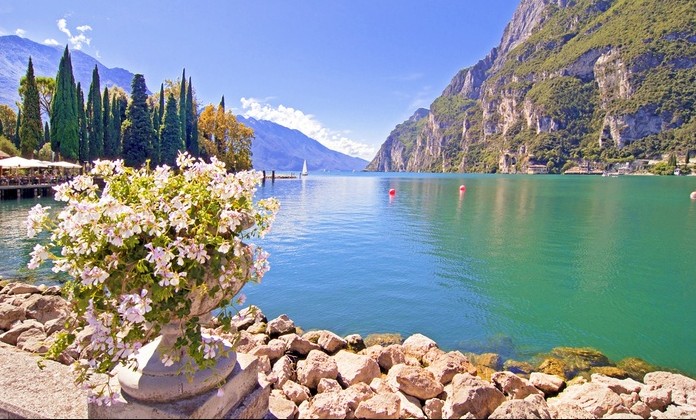 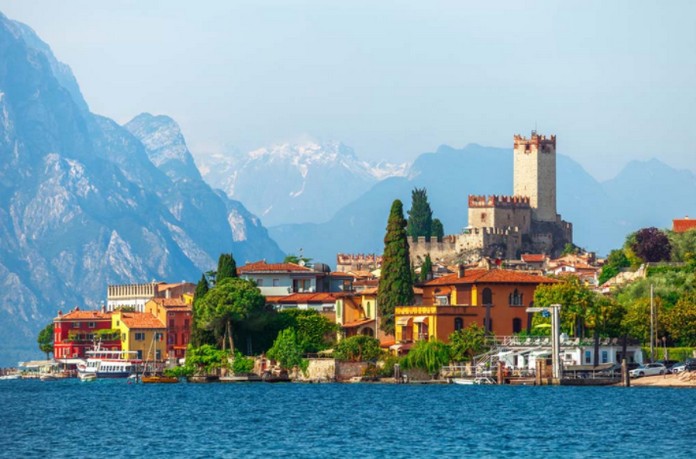 It contains two towers dominate the lake and the dock and it is a wonderful sight!

Le Grotte are actually well-preserved remains of a Roman villa built in the first century AD, and is now considered the most important example of Roman villa in Northern Italy.

The Garda Island is the largest island in Lake Garda, and is located about 200 m from the coast.

This is one of the most northern places of Lake Garda and in this spot, the lake narrows and slot in between high cliffs of Monte Rocchetta creating a wonderful sight.

The Italian Vittoriale is the burial place of Gabriele D’Annunzio and a real citadel built together with the architect Giancarlo Maroni between 1921 and 1938.

This is one of the oldest and best preserved towns on Lake Garda and it has an extraordinary beauty.

7. Gardaland and other parks

Most of the parks are a few kilometers from the lake’s shores. The Lake Garda park attractions are opened from April to late October!

Salo Cathedral is in late Gothic style and is worth a visit because it will transport you in another era.

The Marmitte dei Giganti are like some huge holes, about 5 meters width and deep up to 12 meters, placed in a kind of canyon in a landscape that looks like the Moon.

Lake Garda is one of the international tourist destination, well organized, with more than 2,100 available properties.