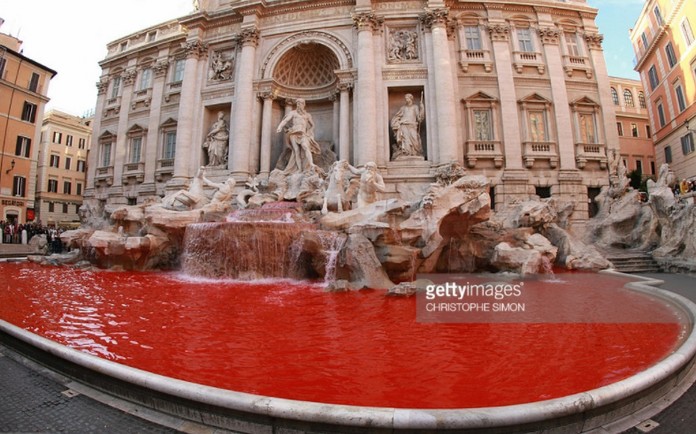 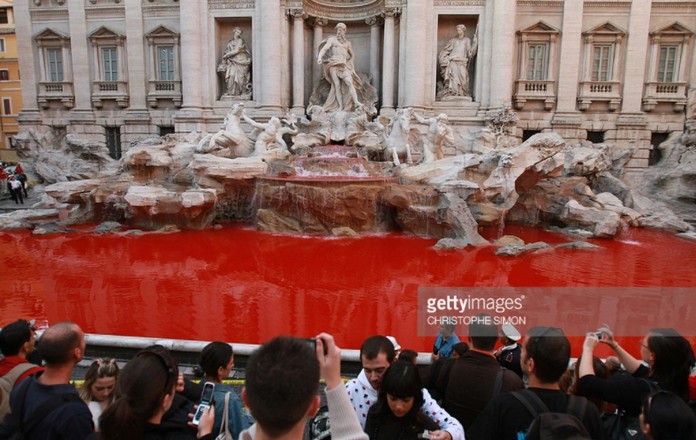 Exactly seven years and one week since someone last pulled the stunt, a man poured dye into the Trevi basin in central Rome on Thursday afternoon. The previous incident, on October 19th 2007, was partly a protest against the cost of the Rome film festival, with the red waters symbolising the red carpet. 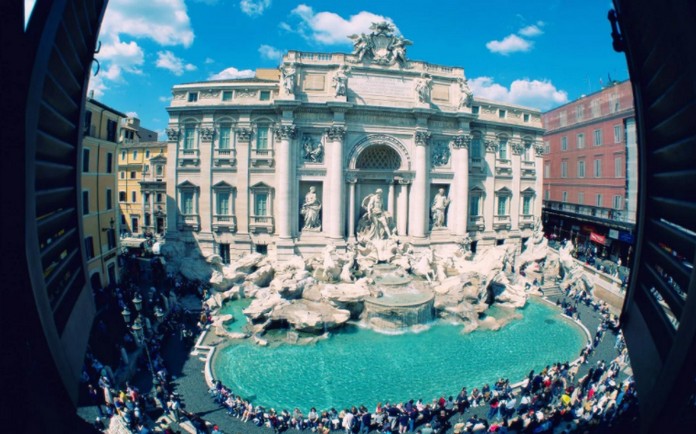 An Italian “vandalism artist”, later claimed responsibility for the act, which he insisted used natural dye that wouldn’t harm the 18th-century marble fountain. 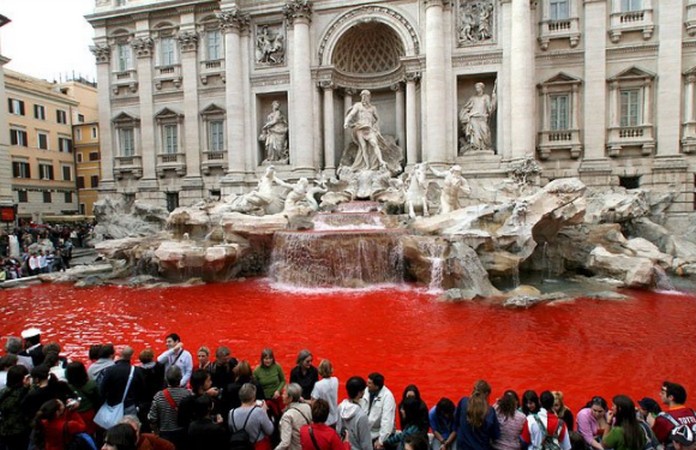 In 2008, Cecchini struck another Roman landmark, rolling some 500,000 plastic balls down the Spanish Steps to symbolize each “lie told by a politician”. This year’s edition of the film festival opened in Rome today, which suggests that the stunt is a re-run. Thursday’s action took place on the opening day of Rome’s 2017 film festival.