The Old Farmer’s Almanac, a resource that’s been used to predict weather, Showing “weather trends in temperatures and precipitation,” the predictions are made 18 months in advance, but are said to be “traditionally 80% accurate.” 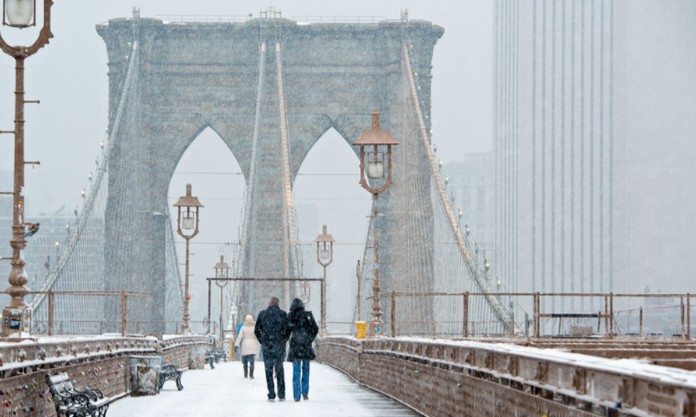 While we can’t guarantee that the Almanac’s forecasts will come to fruition, this first look gives us an idea of what to expect this Christmas. The Areas Most Likely to See Snow
The upper midwest region of the country, spanning most of Minnesota, northern Wisconsin, eastern North Dakota and South Dakota, and the northern tip of Michigan is one of the most likely areas to see snow this year. Snow showers and cold weather are also predicted for most of Montana, western North Dakota, South Dakota and Nebraska, eastern Wyoming, and possibly parts of Colorado and Kansas. Alaska is predicted to see cold weather and some snow as well.

The Areas That Might See Snow
Although snowy conditions are more possible than probable in these areas, it wouldn’t take a Christmas miracle for places like Maine, New Hampshire, Vermont, and northern Massachusetts and New York to see some snow showers on the 25th.

Additionally, most of Pennsylvania, Maryland, eastern West Virginia, and central Virginia could see some flakes, although the predicts they may also turn to rain.

Top 8 Things to Do in Venice on a Budget

Top 6 Things We Love About Tuscany