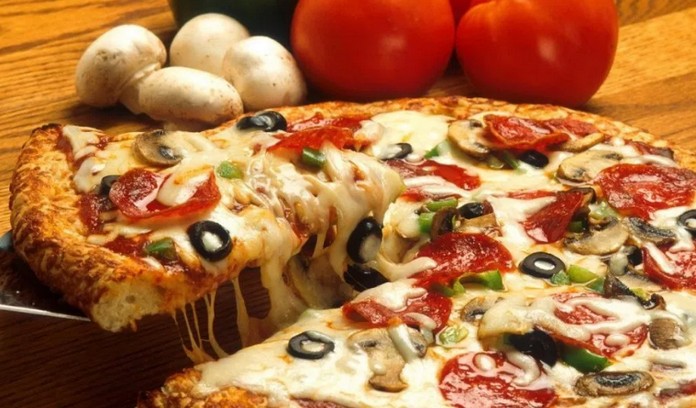 Many people have learned to call any deep dish pizza, particularly with a rectangular shape, Sicilian pizza. But this is a misnomer.

Much pizza that meets this description is actually a form of American pizza that is more clearly called Sicilian-style pizza. You can distinguish the real thing by knowing something of its history and characteristics. Sicilian pizza is perhaps better thought of as bread or focaccia than as pizza, if your reference for pizza is American pizza like the type you can get from most restaurants. 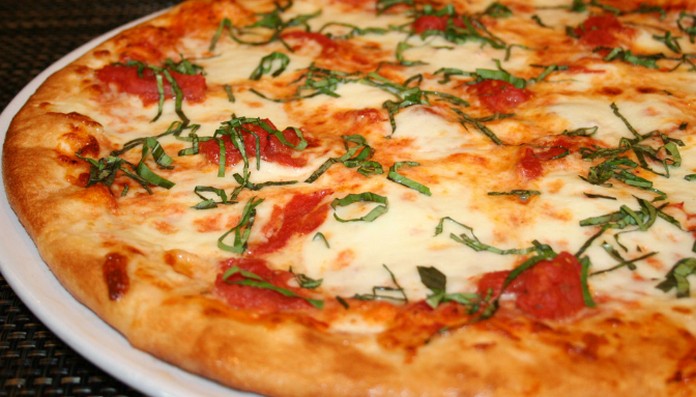 That is, if you think of pizza as slathered in sauce, coated in a thick layer of cheese, and loaded with copious goodies on top, this is a very different concept. 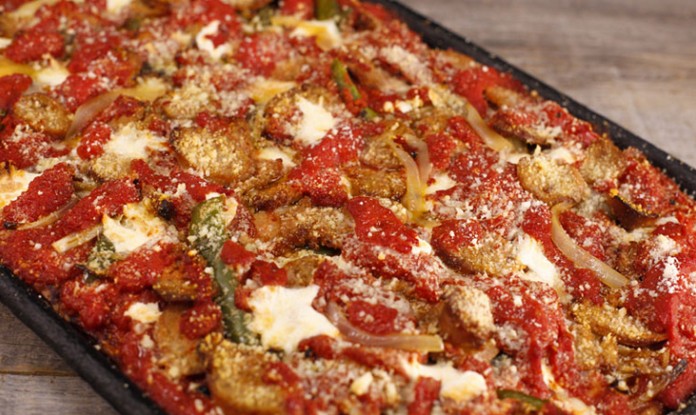 Like focaccia, Sicilian pizza — known as Sfincione or Sfinciuni in Sicilian — is a thick bread, baked on a sheet, not in a deep-dish pan, and topped with a sprinkling of leftovers, rather than coated thickly with anything. Sfincione means “thick sponge”. Though both American and Sicilian pizza are made on a pizza pan, not a deep dish, the Sicilian may be made in a rectangular pan. The amount of topping is much less than on an American pizza.

Trip to Venice, Florence and Rome by Train